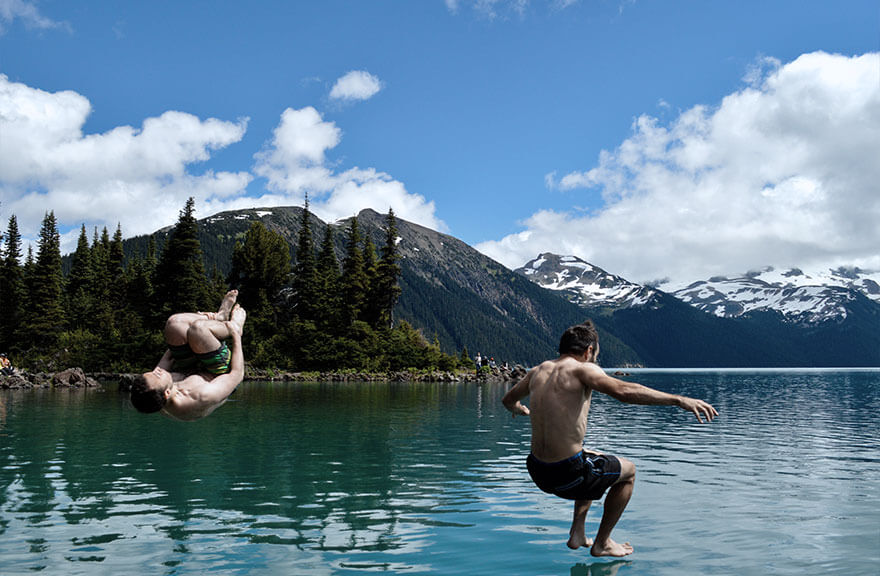 What are Cryptosporidium and Giardia?

Found all over the world, (often referred to as simply “Crypto”) and Giardia lamblia (“Giardia”) are common protozoan parasites that are two of the leading causes of waterborne illnesses.

What is a protozoa?

Protozoa are microscopic, single-celled organisms that are often parasitic, but may also live outside a host. The Centers for Disease Control and Prevention notes that protozoa are “able to multiply in humans, which contributes to their survival and also permits serious infections to develop from just a single organism.”1

What is a parasite?

What are cryptosporidiosis and giardiasis, and how are they spread?

Cryptosporidiosis and giardiasis are two common gastrointestinal diseases caused by ingesting water contaminated with cryptosporidium or giardia.The parasites attach themselves to the intestines of humans and animals, and are subsequently passed on into the environment through food or person-to-person contact with the feces of infected humans or animals.

Cryptosporidium and giardia are protected by chlorine-resistant outer shells (oocysts and cysts, respectively) that allow the parasites to live long periods outside their original host. Giardia cysts can survive several months in cold water3 , while cryptosporidium oocysts can survive for months in soil under cool, dark conditions and for up to one year in low-turbidity water.4

The numbers are alarming: millions of infectious oocysts and cysts can be shed in a single bowel movement,5 but swallowing just a small amount of water (as few as ten giardia cysts)6 is all it takes to infect a human.7, 8 Thus, it’s easy to see why one contagious person with diarrhea, a leaking diaper or the all-too-common ”bowel accident” in a swimming pool, spa or small lake can present such a potential health hazard.

In addition to water as source of transmission, it’s important to note that food, soil, doorknobs, faucets, toys or anything that is commonly shared or touched can also become contaminated. The ease with which these organisms can spread shows why it’s so important to observe hygienic practices this summer—especially while handling food at outdoor parties and picnics, sharing phones and cameras, or even after trips to the bathroom.

Water is the most common method of transmission. The parasites that cause cryptosporidiosis and giardiasis can be found in almost any water source, including:

Are public water supplies vulnerable too?

Even though raw water like lakes and streams are a leading source of contamination, public water supplies are not immune to these parasites. Your tap water can be affected as well.12

According to Ohio State University:

These parasites are not effectively controlled by chlorination or other disinfectants. Chlorine used to kill bacteria in municipal water is not added at a sufficient concentration or for a sufficient length of time to kill chlorine-resistant Giardia, Crypto, and Cyclospora. Water filtration is the current practice for controlling these parasites; therefore, municipal programs for clean water are essential for protection. When municipal water is not available, boiling for at least 1 minute is an effective method of controlling these parasites in the water supply.13

Both of these parasites [Cryptosporidium and Giardia] are found in water from lakes and streams, and some groundwater sources under direct influence of surface water. Communities that obtain their drinking water from these surface water sources and fail to properly treat their water can introduce the parasites into their water system. These organisms are both highly resistant to chlorine and other disinfectants that are used to kill bacteria and viruses in drinking water. Also, Cryptosporidium and Giardia exist as oocysts (cysts) or spores in the environment and are small enough to past some types of filters used inconventional water treatment.14

Have there been any notable, widespread outbreaks?

Milwaukee, April 1993
The largest waterborne epidemic in history occurred in 1993. An estimated 403,000 Milwaukee residents suffered with watery diarrhea due to cryptosporidium oocysts found in the city’s public water supply. Four thousand were hospitalized and more than 100 died. 15 One of the city’s water treatment plants was closed temporarily but by the time the boil-water advisory was announced, the pathogen had been in the city's water system for more than two weeks.16

The city of Milwaukee has since spent over $200 million to upgrade the city’s water treatment and distribution system. Turbidity (or cloudiness—an indicator of the concentration of particles suspended in water) is now measured constantly and particle counters were installed on the city’s water filters.17

The 1993 crisis demonstrated the need for greater awareness and understanding of cryptosporidium as a public health risk. Others lessons and needs that were identified included testing of source and finished water for cryptosporidium, conducting environmental studies and the important role the media could play in communicating important public health messages during the outbreak.18

What are the symptoms and health effects of cryptosporidiosis and giardiasis?

Resembling what you would call a bad case of food poisoning or a nasty ‘tummy bug’, the two diseases present very similar symptoms, which may include:

Even though the symptoms are basically the same, the time period from initial parasite ingestion to symptoms manifesting themselves is slightly different between the two diseases:

Cryptosporidiosis symptoms may appear within a week after becoming infected and last for up to two weeks, though they may come and go sporadically for up to a month20. There is no specific treatment for cryptosporidiosis, but drugs are available to help treat the symptoms21.

Giardiasis symptoms can take a little longer to appear—up to three weeks—and can linger two to six weeks, or sometimes longer22. Treatments are available for giardiasis.23

Some people host the parasites but do not show any effects. Most cases go away on their own, but if you suspect you have contracted cryptosporidiosis or giardiasis, it is always a good idea to seek the advice and care of your doctor or medical professional of choice.

Who is most at risk for serious or severe cases of cryptosporidiosis or giardiasis?

Again, many people infected by these two parasites will not notice any symptoms or feel sick. However, the Saskatchewan Water Security Agency notes that some groups such as children and pregnant women are more likely to develop a more serious illness.24

Those at risk for severe illness after becoming infected include:

Are cases more common during certain times of the year?

Reported cases are generally highest in warm-weather months, when more people are exposed to parasites while enjoying water for outdoor recreational purposes. In 2011-2012, the CDC reported peak onset of giardiasis from early summer through early fall.26 During that same period, cryptosporidiosis symptom onset increased 4.4 fold during late summer.27

How can I reduce my risk of becoming infected?

Ohio State University suggests doing the following to reduce your chances of suffering the effects of giardiasis and cryptosporidiosis:

Also, for those whose idea of “roughing it” on vacation involves lazy afternoons of swimming at their hotel’s pool, the CDC notes that a third of treated recreational waterborne disease outbreaks during 2000 through 2014 occurred in hotel pools or hot tubs according to a report published in CDC’s Morbidity and Mortality Weekly Report.

YOUR BEST DEFENSE IS A FINAL BARRIER SYSTEM

As you can see, cryptosporidium and giardia are literally everywhere—and present a real problem not only to raw water sources, but to modern water systems as well. Since cryptosporidium and giardia resist chlorine, and boiling water is time and labor intensive (not to mention only supplying small amounts of water at a time), your best defense is to put a final barrier system in place to purify your drinking water on a daily basis.

When selecting a system, inspect test results as it relates to parasites such as giardia and cryptosporidium. You will find information on Black Berkey® Purification Elements below.

Drink with confidence—independent lab tests show that our elements are extremely effective at removing these parasitic contaminants. In fact, no cysts were detected in the tested system’s effluent for both contaminants. This is important when considering the fact that consumption of just 10 giardia cysts may cause infection.30

The United States Environmental Protection Agency’s minimum removal or inactivation standard for cryptosporidium is 99%, or a 2-log reduction. Black Berkey® Purification Elements exceed lab detectable limits, removing cryptosporidium to greater than 99.997% (log 4.6). That is over twice the EPA standard, by log 2.6.

The EPA’s minimum removal or inactivation standard for giardia lamblia is 99.9%, a 3-log reduction. Black Berkey® Purification Elements exceed lab detectable limits, having been tested to reduce giardia cysts by greater than 99.994%, or log 4.6. This also exceeds the EPA standard.

View full information at the Knowledge Base.

Berkey® systems equipped with Black Berkey® Purification Elements remove up to 99.999% of viruses and 99.9999% of pathogenic bacteria, while also removing or dramatically reducing trihalomethanes, inorganic minerals, heavy metals, pharmaceuticals, pesticides, VOCs, petroleum products, perfluorinated chemicals, rust, silt, sediment and even radiologicals. Enjoy clean, delicious purified water that retains the healthy minerals your body needs for less than 2 cents per gallon of purified water. A pair of Black Berkey® Purification Elements last up to 6,000 gallons, or approximately 5 years with typical use.

Discover more about Black Berkey® Purification Elements by reading these related articles or visiting our Knowledge Base: